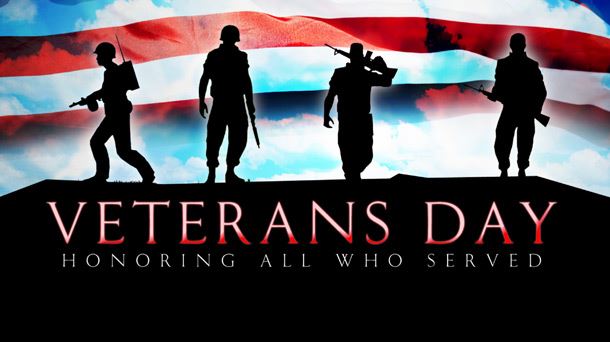 Veterans Day annually falls on November 11 and marks the anniversary of the signing of the armistice, which ended the World War I hostilities between the Allied nations and Germany in 1918. Veterans are thanked for their services to the United States on Veterans Day.

An Act (52 Stat. 351; 5 U. S. Code, Sec. 87a) was approved on May 13, 1938, which made November 11 in each year a legal holiday, known as Armistice Day. This day was originally intended to honor veterans of World War I. A few years later, World War II required the largest mobilization of service men in the history of the United States and the American forces fought in Korea. In 1954, the veterans service organizations urged Congress to change the word "Armistice" to "Veterans". Congress approved this change and on June 1, 1954, November 11 became a day to honor all American veterans, where ever and whenever they had served.